(a repost of an earlier blog, but on new platform)

This is a long version of the blog published on the UK public health network site. TBF the editing into a short format was a good job, and corrected my normal bad spelling. Here is the full version.

We are emerging (we hope) tentatively from the most significant public health crisis of our lifetimes. Never before has the spotlight been on “public health”. One of our challenges will be picking up where we left off prior to putting all our focus into covid response (whilst maintaining our health protection response  on covid) and getting into how public health professionals can shape the recovery. The direct and indirect health and well being consequences of covid will shape our lives for a generation

Much is talked about “building back better” and a “new normal”. This is laudable, it wont happen by magic.

It will have to be activity built, the policy environment will need to support the goals we want to achieve.

The dog that doesn’t bark

Lena Wen the Baltimore City Health Commissioner once characterised public health as “the dog that doesn’t bark”. When public health stops meningitis outbreaks, or prevents toxic poisonings, or lowers infant mortality, it should be front page news. But you never see such headlines. As a practical example smoking prevalence has been coming down for decades. This hasn’t happened by magic. Tobacco control policy has saved countless deaths over decades, yet rarely if ever gets any headlines, thus public health professionals  don’t quite capture the same place in public imagination as other groups. Perhaps covid might change that a bit, it is up to us to capitalise on this.

Preventing frailty in early and mid life as an example

In Sheffield we have demonstrated locally using broadly the same methods as the benchmark study by Karen Barnet and others on multimorbidity that by delaying onset of 2nd, 3rd, 4th condition can have massive benefit for NHS and social care demand. We quantified a link between multi morbidity and later in life frailty. A person’s mid-life multi morbidity profile predicts later life frailty which opens up early prevention intervention options. Of course some of those midlife prevention options include stuff like booze, food, fags, sweat and lifting stuff.

Using physical activity as prime example of where to focus, there is strong evidence points to physical inactivity being predictive of later social care demand.  Addressing this from NHS and social care perspective will need radically different approach. Far more oriented around generalist care (words like Primary care spring to mind!), asset based approaches (not deficit based models) and preventive based approaches.

The notion that Covid-19 will be followed by a deconditioning pandemic has been well put by others. We have an opportunity to address this.

There are clinical culture and practice issues to address, investment and service model issues and addressing the expectations that govt gives to the NHS on “prevention” and the way in which success is measures. Everyone always gives good lip service to this, but not much changes. There is a central challenge. Building the machinery around this critical + changing the expectations of the centre and the way in which the system is managed and regulated.

Its not about lack of evidence

Sticking with smoking and tobacco control, we are awash with evidence. There are multiple NICE Technology Appraisals on specific (pharmaceutical in the main) interventions; and many NICE Clinical and PH guidelines on service design and delivery. It is fair to say NICE tend to be oriented around biomedical model stuff. That isn’t wrong, but it isn’t sufficient. For wider policy / fiscal and similar interventions the evidence feed and model of “what counts” as evidence is wider (hard to do RCT on HMT policy initiatives etc). Every local authority will have a tobacco control strategy. The evidence feed for it will likely be based on the WHO MPOWER model.

People want “new and shiny” stuff, but given further investment in the space of tobacco I am satisfied that at local level we have the right suite of interventions in our strategy, I would simply invest more to accelerate downward trajectory of smoking prevalence.

On alcohol the story is similar – we grossly underinvest in alcohol treatment relative to demand so I would start there (stellar evidence base on ROI) and I would also focus heavily on licencing policy (there are ideological objections to that). I’d also focus heavily on lobbying for a) MUP (Scotland and Wales ahead, early eval is saying it does what the models said it will), b) return of duty escalator (HMT) and c) public health to be added as a 5th licencing objective in the licencing act is it is in Scotland (HO … and significant objections I understand).

Similar evidence base and approach is in play for almost all of the big blocks of interventions and service funded by the PH grant. Stronger in some areas than others. But evidence wise as strong or stronger than many other areas we invest giant sums of taxpayers cash on

Then we get onto value for money.

On the value of public health investment itself, the best I have ever seen on broader ROI for PH interventions (PH here defined as the scope of things that usually fall into the scope of the bag of resources known as the PH grant) is the stuff by York Centre for Health Economics – Is an ounce of prevention worth a pound of cure? Estimates of the impact of English public health grant on mortality and morbidity. The really simple interpretation is that this work demonstrates and quantifies that prevention is indeed cheaper than cure. By a margin of 3 fold on average. This isnt to set “treatment” against “prevention”, far from it. It IS a very clear articulation that the value of average spending on PH Grant funded services is more valuable (outcome wise) than NHS spending, by a factor of 3. One of the authors of the report subsequently quantified the impact of reduction of PH Grant of £45k as equating to one additional death. The estimation of value is likely to be an underestimate for a number of reasons. 1) a lot of PH interventions improve QoL rather than longevity (although plenty of them will impact on both), 2) benefits in terms of productivity, reduced informal care, etc, 3) impact when in terms of the impact on the economy. Healthy population / workforce productivity and tax revenue worth of stopping people having diabetic heart disease in their 50’s, 4) PH is a long way beyond “the grant”, this is not factored into the analysis, 5) arguably underplays life course impact of early life interventions also, and impacts beyond NHS demand – healthy people / economic productivity, social justice etc 6) conservative estimate in that will underplay impact of national stuff – population level structural change (salt reformulation, lowering TF, reg & fiscal on tobacco, etc) is not directly attributable to the PH grant, as per the study method.

At macro level Wanless demonstrated the value of public health spending from a HMT perspective 2 decades ago. This has never been bettered.

Even wider, a similar analysis around what are often considered “wider determinants” of health would be really interesting (if maybe methodologically impossible!). I suspect to financially model investments in the wider determinants to gains in health would be a bit too methodologically difficult. But a converse case might be demonstrated. Note the 2019 IFS report changes in local govt funding. The critical picture is here.

The disinvestment in local government has affected every area of local economies – public sector, private sector, social. At local level, the contribution of local government to what many call the “determinants of health” is critical; less investment has led to cutting services, slower and reversing progress and poorer outcomes. The IFS demonstrated it has impacted on the most disadvantaged more, and the Marmot 10 years on highlighted the impact of the disinvestment on health and well being.

the reformed public health system is an obvious opportunity. Lets put our focus (and investment) behind our rhetoric. It isnt really about evidence. It IS about belief and the need for short term return + the difficulty of attributing intervention to return. Yet as Dave  Buck consistently points out we ALL want more “public health” till it comes to the point of paying for it, at which point we keep cutting our investment, by about a quarter in recent years

Popular posts from this blog

February 08, 2022
Note on reducing gambling harm and a public health approach to this Gambling harm is going up lots of radars now. The UK Govt has been reviewing the existing Gambling Act and the result of that is expected to be published shortly. This has been a rather turbulent beast to tame. It is out there to be 1) used by any who want to use it to frame evidence or arguments. I would be interested in your views.    1.        Framing gambling It isn’t a “harmless leisure pursuit”. The question of how gambling is framed matters to the response. Many frame it as “a public health issue”. What that means requires careful definition. Will come back to) For more than 20 years, UK Government policy has portrayed gambling as, firstly, enjoyable; secondly, an expression of adult freedom; and, lastly, harmful only to a minority. The UK Government and policy makers have employed discourses that align more closely with those of the gambling industry than with those of the individuals, families, and communities
Read more

May 29, 2022
Personal responsibility and public health   1             industry loves this narrative. You have got to wonder why Of note the harmful product industries are strongly in favour of personal responsibility. You can draw your own conclusions why this might be. Read 1) the history of tobacco control esp the write up of California and New York from Stanton Glantz in Tobacco Wars   2             It is a policy framing problem for public health that crosses political divides   This has been one of the deep running rifts in what different camps think about what would be most effective in public policy for many generations It is fair to say that the response to Wanless and Marmot 2010 (for eg Govt response to Wanless in 2004 (John Reid), The NHS Long Term Plan and Five year view, and many others) continued to focus on lifestyle, and within that individual lifestyle choice.   3             two examples – infection and obesity In infectious disease contexts , the pandemic has
Read more 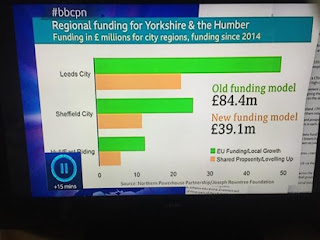 Health disparities white paper Doing a fair few talks at a fair few meetings on “what are we doing, or going to do about health inequalities” or similar.  Note here. Steal / use as you want to NB – I don’t know what is IN the forthcoming White Paper. Here are some of my thoughts and hopes.   1             introductory stuff Language and framing What to call it Lots of discussion and questions from field at the recent LGA / ADPH conference on what we “call it”. Everyone in the field calls it “health inequalities”. There is something on use of language to appeal to different audiences – the recipient of a message may be more willing to hear some framing and language than others. Don’t just think of “health”. Disparities in health, inequalities or any title is an economic issue. Poor productivity and impact on health and vice versa     Models of evidence We also need to move on from individualised model of evidence – Lynch  and  Marmot  make the point about avoid
Read more